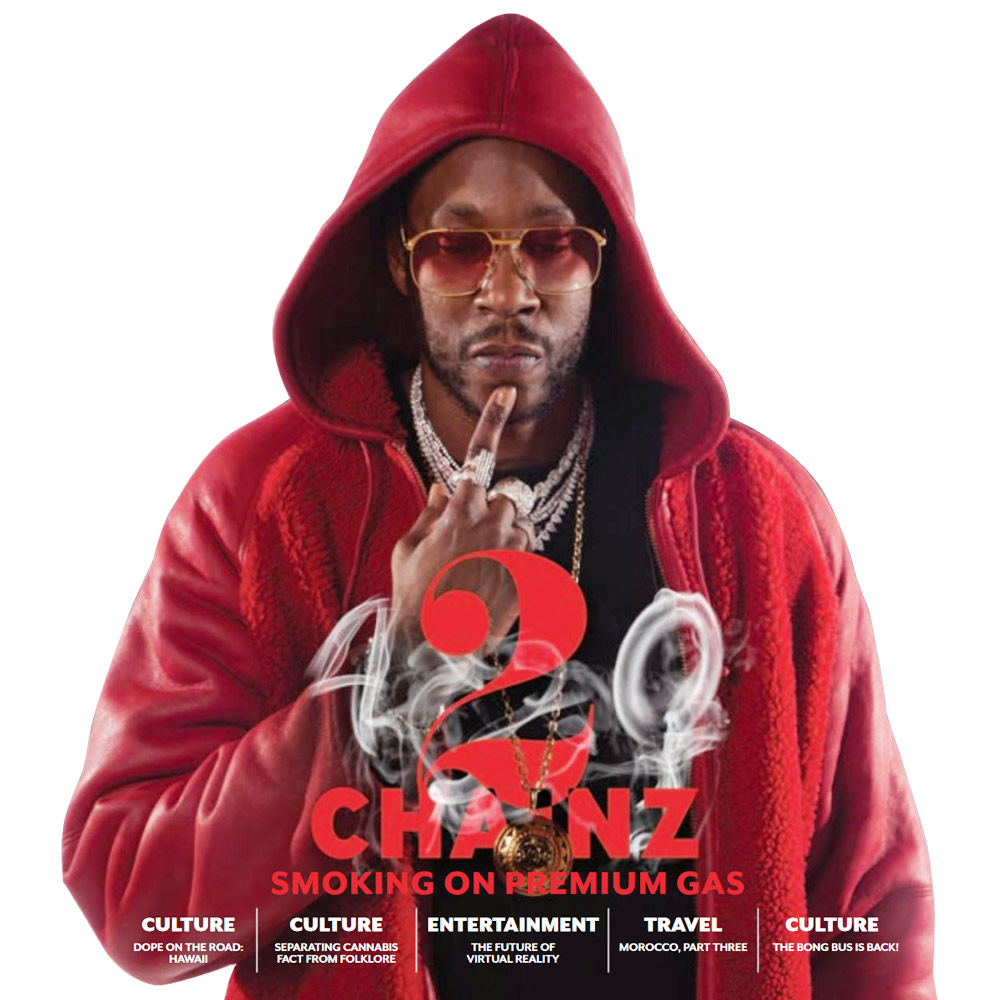 Bio: 2 Chainz initially gained recognition for being one half of the hip-hop duo 'Playaz Circle'. He later released his first single and debut album in 2012 and pursued his rapping from there. The Atlanta rapper has issued a parade of Top 40 hits and has become a go-to artists for guest versus. He’s worked with a slew of A-lister Hip Hop artists and has a number of platinum hits — "No Lie" featuring Drake, "Birthday Song" featuring Kanye West, and "I'm Different.” 2 Chainz has reached the Billboard 200 and easily reached platinum status.

Product Bio: 2 Chainz teamed with Green Street Agency to launch Gas Cannabis Co., which is a brand carrying three different strands of premium weed named after octane levels you would find at your local gas station. “GAS,” a euphemism for premium cannabis, has been coined and popularized by 2 Chainz. The 87 line is described as being "the most affordable," while the 89 Gas line caters to those who want a "supercharged and powerful" but a "smooth ride." Then there's the 93 line, which is naturally the highest quality. All three strains are available in pre-rolls or 3.5 oz. packages.