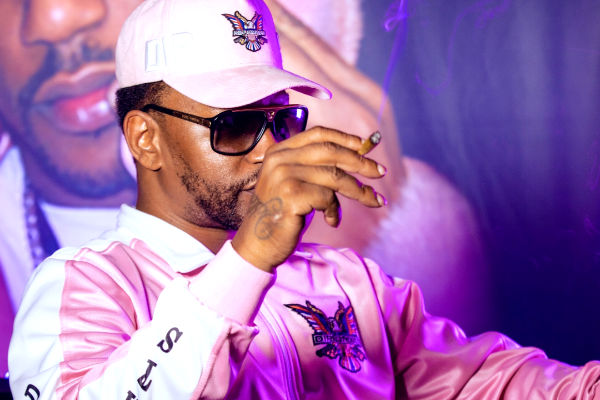 Bio: Cam'ron is a rapper from Harlem, New York City. His 2002 hip hop single, "Oh Boy" from his album, Come Home with Me, received a Grammy-nomination. He was signed to Roc-A-Fella Records and a known member of the rap group The Diplomats with Jim Jones, Juelz Santana and Freekey Zekey. In 2019, he released his seventh studio LP, Purple Haze 2, a follow-up to the 2004 LP, Purple Haze. Summer 2020, Cam’ron released his own signature cannabis line, Pynk Mynk with GFive Cultivation. “For most of my career, cannabis has been an enigmatic part, on one end, something that I enjoy and inspires my creativity; and the other, has caused issues with the law,” Cam’ron sai

Product Bio: Pynk Mynk is a sativa hybrid cannabis line launched between Harlem, New York City rapper, Cam’ron and GFive Cultivation from Las Vegas. Pynk Mynk is a light green in color with pink accents and is saturated in a high production of trichomes. The sativa hybrid boasts a sweet citrusy flavor and spicy woody aroma and offers an energetic feel.