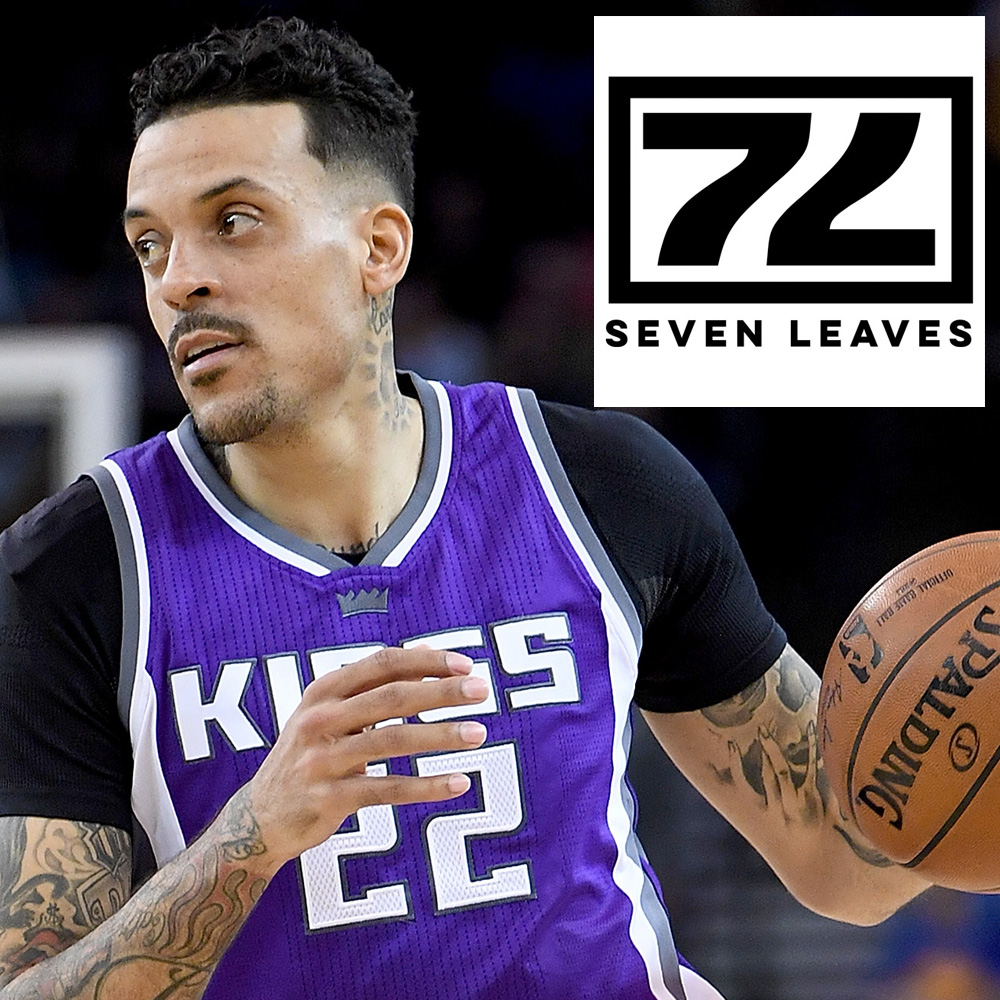 Bio: Matt Barnes is a former National Basketball Association, NBA, professional basketball player. Barnes was drafted in the second round of the 2002 NBA draft by the Memphis Grizzlies. He played 14 seasons in the NBA — he played on the Los Angeles Clippers in 2004, then played on seven different teams before returning to the Clippers in 2012. He won his first NBA Championship as a member of the Golden State Warriors in 2017. The retired LA Lakers forward has been backing a raft of marijuana and CBD companies for several years.

Product Bio: Seven Leaves is California’s premier source for premium cannabis flower, pre-rolls and supreme trimmings for extraction. Our state-of-the-art cultivation facilities in Sacramento, California total over 115,000 square feet of commercial indoor operations, operated using 100% renewable energy. Each member of the Seven Leaves team has dedicated their career to yielding consistent harvests, while maximizing quality control and applying responsible cultivation practices. The team at Seven Leaves has been in the California Cannabis Industry since 2008. Over the last decade, through non-stop education, the team has been perfecting cultivation methods and techniques to develop premium grade, pesticide-free and herbicide-free cannabis and cannabis products. To date, Seven Leaves has not failed a single Phase III test in the legal adult use market. Seven Leaves is on the cutting edge of emerging technologies, using industry best practices, and SOPs. Seven Leaves cannabis products are now found in over a hundred shops throughout California, from San Diego to Mt Shasta.