Back With A Bang: Comedian Juan Garcia Surviving Covid And Ready For The Stage

Silence echoes where laughter once roared. The truth — it’s still unsure which of Los Angeles’ iconic comedy clubs survived COVID-19  or which comedians are left on the scene. Last year, in response to the pandemic, the city’s major comedy clubs, like the Laugh Factory and Hollywood Improv, voluntarily closed. This left dozens upon dozens and dozens of local comedians with no stage.

“We had to get creative on how we could perform,” comedian Juan Garcia said. “We had to adapt from standing up to sitting down, now, because the audience response wasn’t the same.”

Garcia is a regular on the stand-up circuit in LA and considered one of the most popular comedians with over 20 years experience. Before Covid, he said he was booking shows and preparing for a number of auditions for commercials and television roles, but things came to a screeching halt.

When the world shut down, Garcia had to find alternative ways to financially and comedically weather the pandemic. “I got into ridesharing,” he added. “I know a few other comedians that did too. We had to pay bills. But rideshare gave me freedom to pursue my comedy career without the restraints of the nine to five work load.”

Garcia also took on virtual stand-up, which isn’t perfect, but for months it was all he had. Furthermore, he has also booked a number of private parties.

“Bringing the comedy club to the backyard, there’s no stage, but I’ll perform,” Garcia shared. “As long as I keep everyone laughing, I’m there. We need laughter now more than ever.”

But beyond the pandemic and slim bookings, Garcia, also known as Chepo, said he took the last year to focus on himself and hone on his craft. And it’s not always about the giggles. In real life, particularly when he’s not on stage, he admitted, he’s a bit more serious. But it’s life’s seriousness where he finds inspiration for his jokes, he added.

“When I’m not performing,” he said. “I’m a serious person. I take life seriously. That’s how I gather information on the content and jokes I want to perform. I like to see things happen naturally.”

Influenced by Chris Rock and Eddie Griffin, Garcia said watching their standup shows urged him to share his jokes and perspectives.

“I discovered my passion for comedy when I saw myself evolving as a comedian. I knew it was a high I wanted to keep getting, the more and more I performed.”

How did you get into stand-up comedy?

I got into stand-up comedy during high school. I told my sister I wanted to be a comedian and by chance, her classmate knew of a comedy camp at the Hollywood Laugh Factory. I went to audition for the camp and landed a seven-week course. After, my buddy introduced me to comedians who were already selling out the improvs and other comedy clubs and got to open for them. Why did you choose comedy?

I chose comedy because I was always funny as a kid. But when, once, I saw Chris Rock and Eddie Griffin — they inspired me to share my opinions.

How did you become successful?

I became successful by taking my comedy seriously and studying it like it was school. I had to do homework and I kept getting funnier because I took my craft seriously. Eventually, I started getting paid and booked more.

What stresses and obstacles have you confronted in comedy?

The only stresses and obstacles I’ve encountered are my procrastination and making excuses for not pursuing everything I ever wanted to accomplish in comedy. Work ethic is very important.

How did you discover your passion for comedy?

I discovered my passion for comedy when I saw myself evolving as a comedian. I knew it was a high I wanted to keep getting, the more and more I performed. The laughs were a big part of the growth of my passion because I created those laughs with my thoughts and observations.

How long have you been in comedy? Where do you hope to go from here and what are your plans for the future?

I’m actively pursuing a variety of opportunities in acting and commercials. Comedy will always be a tool I can use, but acting is something I fell in love with. It changed my outlook on life and how I connected with people.

Is it true that comedians offstage are generally loners and fairly quiet?

Most comedians are loners but some are social, it depends on where comedians feel comfortable. Comedians are more awkward than loners, they use comedy to mask their insecurities.

My comedy is mostly observation and personal experience. I observe and report while making sure I add my twist to the situation. There are times where I can create from scratch but I like to listen to my comedy and just add ideas as they come.

What career advice would you share with other comedians transitioning or aspiring to launch into your field?

The best advice I could give is if you want to make it further, you have to be passionate about your craft and take it seriously. It’s no different than studying to be a doctor. Studying is everything. It’s a profession that takes years to master. If you are not willing to put in the work, don’t expect results. Comedy is sacred to us.

Do you crack jokes in real life or are you quiet/serious?

I’m more of a serious person. I take life seriously and that’s how I gather information on the content and jokes I want to perform. I like to see things happen naturally.

How has the pandemic affected your personal life, business, career and family life — Good? Bad? Both?

During the pandemic, I wasn’t getting booked much. But 2020 was a growth year, I had a day job, but felt stuck. Due to Covid, I lost my job and was forced to do rideshare, which gave me the freedom to be open to pursue comedy full-time again and be free for auditions. What do you hope 2021 will bring to your life and career?

This year, 2021, will allow me to go after everything I ever wanted. The pandemic forced me to see what was important to me and made me happy: comedy and acting is my priority.

Life inspires me, just being able to relate to people is what makes me passionate about the comedy I create. The fact that people find interest in my creativity on stage is a very fulfilling feeling.

When and at what age did you start using cannabis? CBD products?

Tell us about your first experience with either or both. I started using cannabis at the age of 14, with the local neighborhood kids. The only thing I remember is laughing so much and enjoying myself, that I never wanted that to end.

Which do you prefer — Indica, Sativa or Hybrid?

All of the above. I prefer sativa because I’m an active person. I play a lot of sports and sativa always gives me that extra push when exercising.

How do you integrate cannabis and/or CBD into your routine?

I normally only smoke when I study my material after recording my show. There are instances where I’ll smoke before a show but I learned to microdose, so I won’t forget my jokes or sabotage my show by being too high.

I like the fact that it brings out the creative side of me and it allows me to experiment and be creative even in playing basketball or soccer when I do play.

What positive effects does cannabis and/or CBD have on you? I don’t only use cannabis for recreational purposes but also use it when it’s hard to digest after eating late at night. It helps with abdominal pain.

What are your favorite cannabis strains and/or CBD products? Why?

Jack Herrer is my favorite strand because it’s the strand that my sense of smell connects with and I’ve always felt you get a better high when your nose appreciates the smell of the flower. 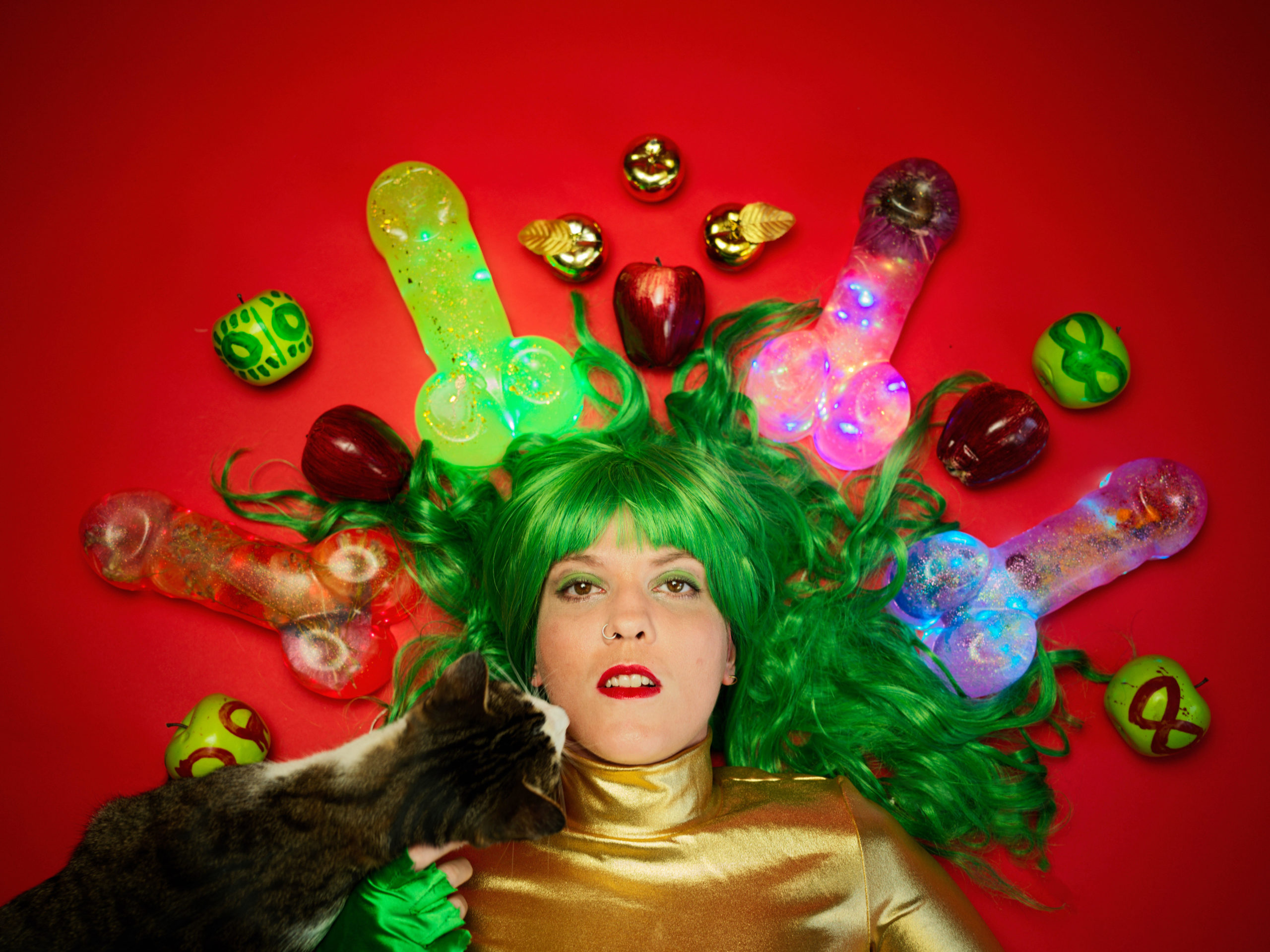 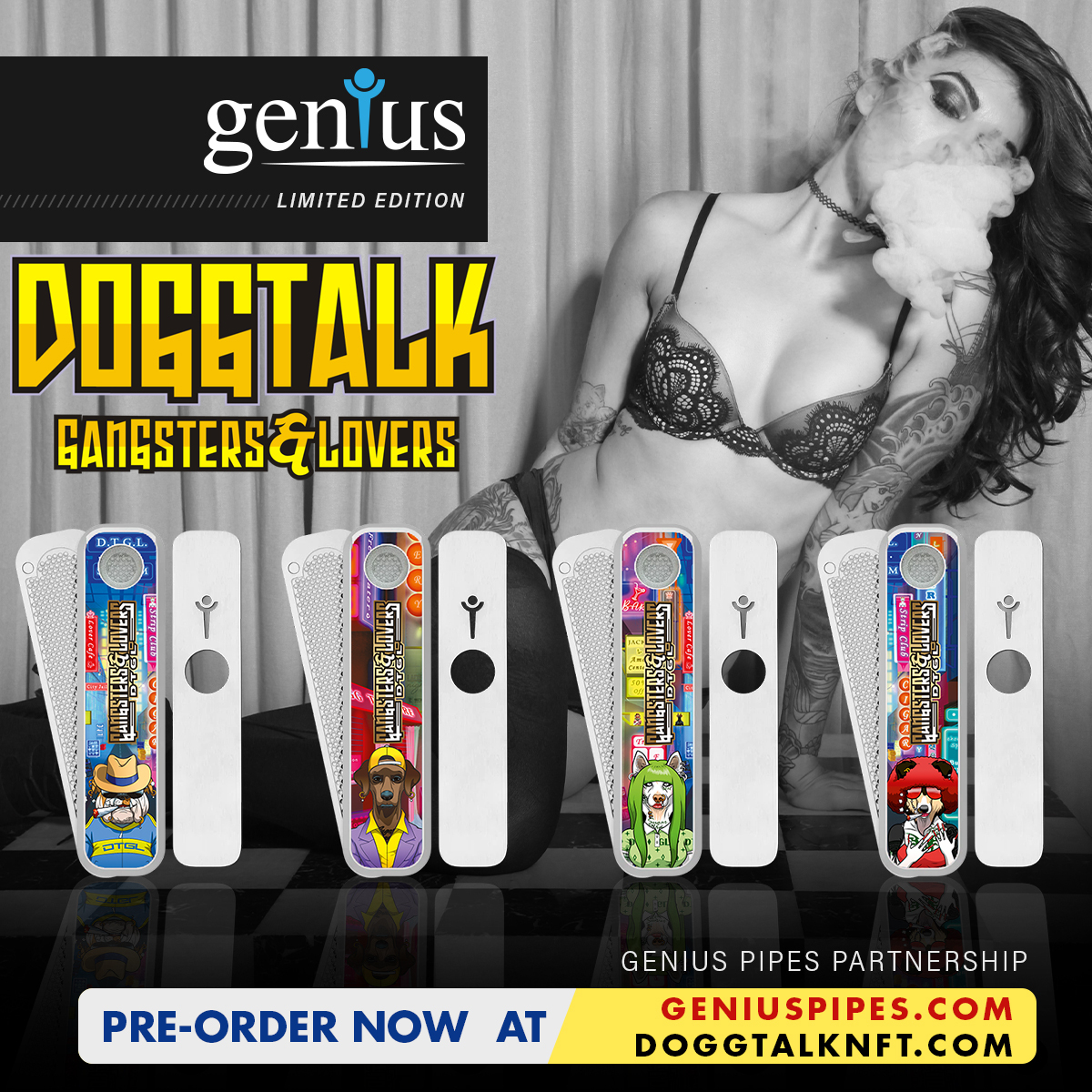